Hi everyone, sorry for late devlog, we wanted to show off the final look of the Eminence but it takes more time than expected !

Note : When we state « important choice », we mean it’s a choice that will have a direct consequence on the story sooner or later.  This doesn’t mean personality choices don’t have an effect on the story, their impact is just more subtle.  When you make those choices, you will often win or lose affection points with other characters which will also have consequence on the game in the long run.

- Chapter 1 : Is written, approximately 18,000 words, and includes 18 choices, with 3 being important. Proofreading is done, the third and final draft is in process (3/7 scenes).

- Chapter 3 : Is being written (4/5 scenes done), actually it’s approximately 9,300 words, and includes 14 choices, 3 being important. This chapter is a bit special, because it includes a special gameplay feature : timed choices. It’s also in this one you can have the first random consequence to an action. (1 chance in 3 to get a bad outcome to a risky decision!)

- Chapter 4 : had the precised outline (with all the scenes, and the main choices outline) done.

- This month we worked a lot on a very special feature : statistics for player choices!  If, like us, you like to see how many players made the same choice as you, you will love it!  We put a lot of effort into it (renpy isn’t the easiest program to connect to the internet), and we wanted it to be as optimised as possible, which means you don’t have to stay connected to the internet all the time, you only need to be at the end of each chapter!  You can also skip it if needed, or disable the functionality if you don’t want it. 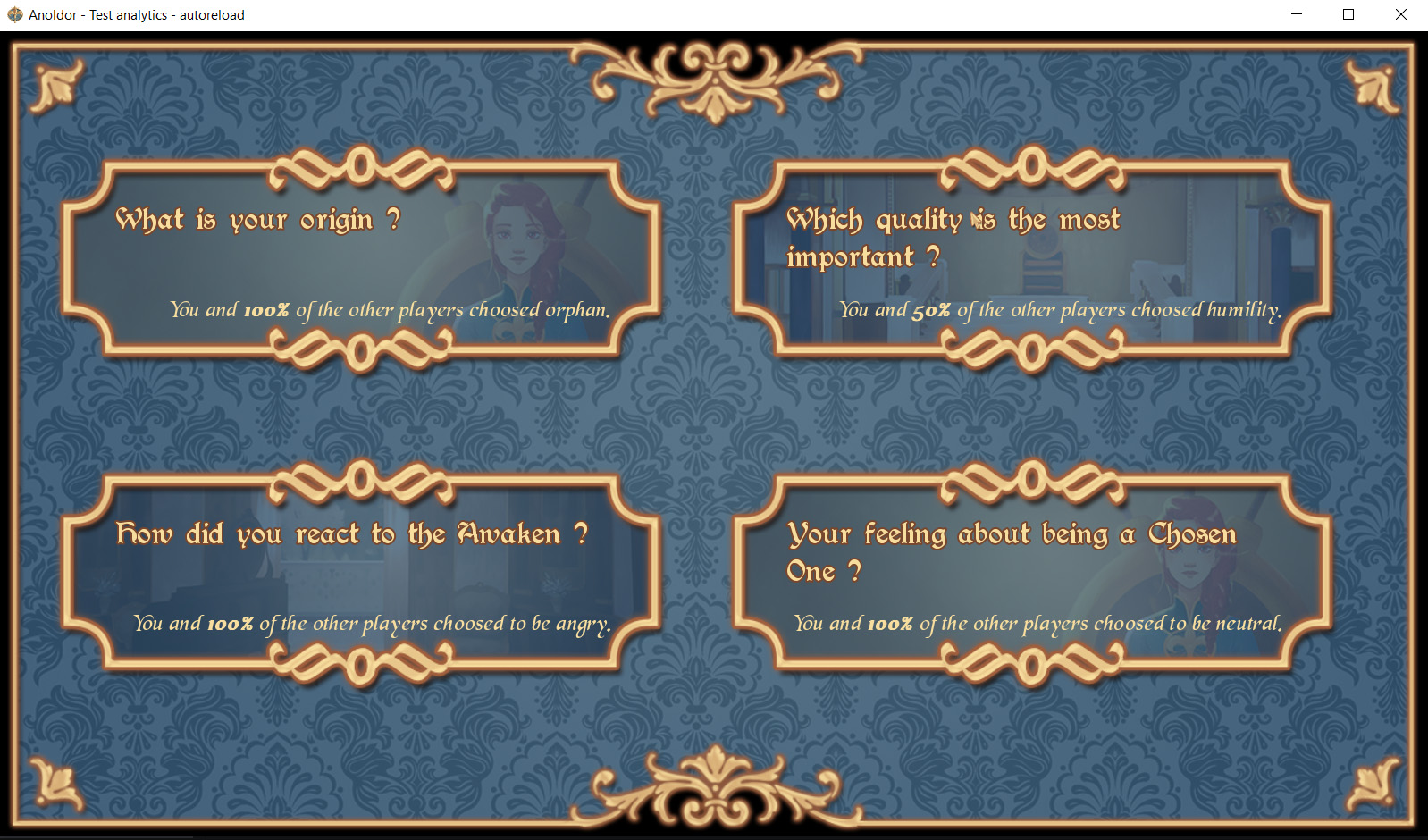 - We won’t say much for now, but we might be working on a flowchart system to help replayability ~

- And here we are, our last love interest isn’t it classy and mysterious ~ ? 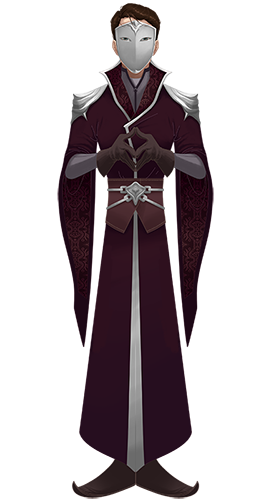 - We are currently reworking the UI a bit, especially the font to make it easier to read.

-We are also reworking some promo art, here an example of what to expect here on itchio in the week to come. 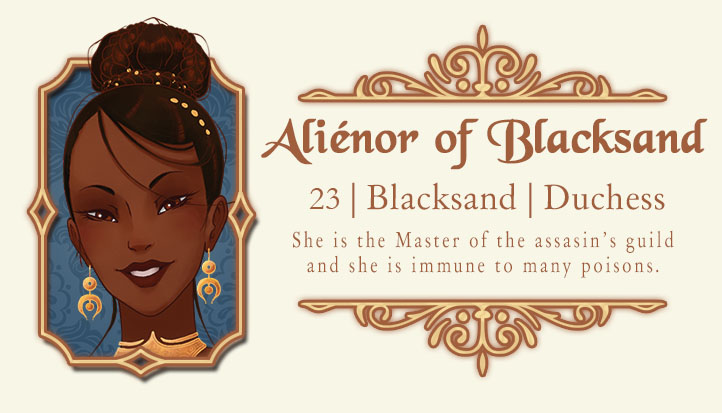 And that’s all for this month ! As always, we post a lot of exclusive content on Twitter, for example this emote of Aliénor or some polls, don’t hesitate to follow us to make sure you don’t miss anything!

Awesome to hear about all of the new features!  I'm intrigued by the chance to have a bad outcome, I don't think I know any other VN that does that.

Hope you're staying safe, but I am really excited about this so thanks so much for the update!

Ahah, yeah, we kinda enjoyed doing some alternative ending when a player take a choice obviously not healthy (and let's so often stupid), but it's just for fun, you will have the option to get back to the last choice when you get a "bad ending" so it won't be so punishing.

We were inspired by Little Miss Lonesome who had a lot of weird ending into the game, in the indie sphere, Royal Alchemist, have a lot of death (25) occuring during the whole game, it's kinda funny, we strongly reccomand this game if you are curious o/

Thanks for your concern, we hope you are safe too, this really are strange time...

Have a lovely day !

Oh thanks for the recommendations, I'll check them out for sure!

Hope you have a good day too!